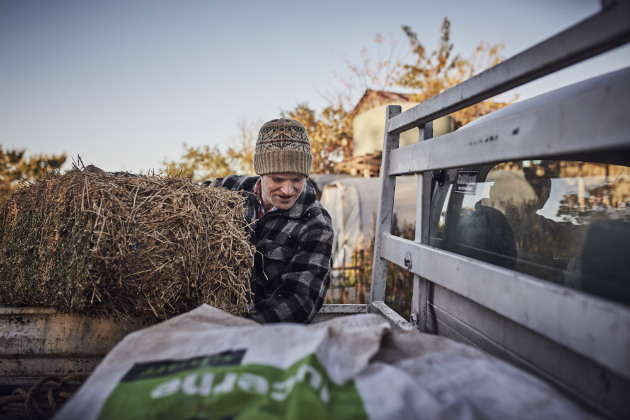 Ewe nutrition is crucial to successful lambing. Knowing what and when to feed ewes is fundamental to ewe and lamb health and survival.

Understanding pasture allocation for single and twin bearing ewes and identifying the need to supplementary feed are important considerations for woolgrowers.

The following pasture targets provide a guide to best practice:

As ewe condition score at lambing increases, so does lamb survival, especially in twin bearing ewes.

Lifetimewool is developing a series of guidelines and recommendations for managing ewe flocks throughout the year. These guidelines have some specific differences from region to region, particularly due to pasture growth and climatic conditions. Lifetimewool has generated a number of recommendations that are based on results from it's plot and farm scale experimental work in agricultural areas across all states (excluding Qld).

Condition score can tell you so much about your sheep and their performance, and is simply done by hand, measuring the fat and muscle cover over and around the short ribs.

For further information, to download a condition scoring card or find more about the Lifetime Ewe Management course and app, visit www.wool.com/LTEM.

AWI-funded research, conducted by the Graham Centre for Agricultural Innovation at Charles Sturt University, has investigated supplementation in pregnant ewes to manage metabolic disorders and improve ewe and lamb survival.

AWI-funded research, conducted by the Graham Centre for Agricultural Innovation at Charles Sturt University, has shown that supplementing the calcium and magnesium intakes of pregnant ewes induced a better metabolic state, improved the immune response in twin newborn lambs and increased their weights at four weeks of age.

Although mineral supplementation alone may not result in significant increases in lamb survival in individual flocks when ewes are grazing common pastures, it is recommended as a low-cost risk management strategy for pregnant ewes (especially twin bearers) to improve lamb survival.

Clinical calcium deficiency (hypocalcaemia or milk fever) can result in ewe deaths either during the last six weeks of pregnancy or during the first month after lambing. Symptoms include muscle tremors, being unable to rise and subsequent death.

Hypocalcaemia and hypomagnesaemia can cause ewe mortalities, and lambs from affected ewes will usually die. Lambing difficulty and complications from birth may also be increased, reducing survival.

Minor deficiencies of calcium and magnesium, where the ewe appears healthy, were not shown to reduce lamb survival in recent trials. However, even when mineral levels in the diet are at levels currently recommended as ‘adequate’, research has shown that increasing dietary calcium and magnesium improved the immunity levels in twin born lambs, increasing the chances of survival, and increased their weight gains to four weeks of age, likely leading to improved survival of weaners and the potential for earlier turn off. Supplements also improved energy regulation in ewes, likely reducing the risk of metabolic disease such as pregnancy toxaemia (twin-lamb disease).

When are ewes most at risk of calcium and magnesium deficiencies?

Ewes bearing twins or multiple lambs have higher requirements and so will be more at risk. Older ewes are also more at risk. Stressful events close to lambing (movement, handling, yarding, especially if feed has been limited or during cold snaps) can also increase the risk.

The diet of the sheep is an important risk factor. Cereal crops or grass-dominant pastures (low legume/clover content), especially during winter and early spring, have low levels of calcium and magnesium, increasing the risk. Additionally, if potassium-based fertilisers have been used or cereal grains are fed in significant amounts, the risk of deficiency is heightened.

However, research found even when pastures were adequate in calcium and magnesium, sampled flocks showed that 20% of twin-bearing ewes were still deficient. While ewes appeared healthy, research conducted shows that many ewes are still at risk.

Recommendations to reduce the risk to ewe and lamb survival prevention is affordable and accessible. A loose mix of lime/causmag/salt in a ratio of 1:1:1 fed daily at 20g per ewe costs around 2c/ewe/day. No benefit was observed from feeding ewe’s low dietary cation-anion difference (DCAD, or anionic salts) supplements as a replacement.

Add the loose mix at 3% of total supplemental feed, or even higher if feeding lower levels of grain and ewes are grazing pastures likely to be low in calcium and magnesium.

Feeding in troughs as a loose lick

Initially offer at a level to provide 30g/hd/day and adjust based on consumption. Top up as necessary – this will depend on the size of the feed trough and consumption rate. In wet weather the loose lick will become less palatable, so consider feeding smaller amounts more frequently in these conditions.

Use grain to encourage feeding

Sheep will normally consume the supplement readily because the salt attracts them, however the ewes may need encouragement if pasture conditions are good. Feeding a small amount of grain in the feed troughs initially may assist in encouraging sheep to the troughs.