The Australian Wool Production Forecasting Committee has updated its forecast for the 2018/19 season to 322 mkg greasy. This is a 5.7% decline on the Committee’s shorn wool production estimate of 341 mkg greasy for the 2017/18 season. The fall reflects an expected reduction in both the number of sheep shorn and average wool cuts per head as a result of the dry seasonal conditions across most of the country.

Committee Chairman, Russell Pattinson said that, "adverse seasonal conditions in many sheep producing areas across Australia have resulted in a high turn-off of sheep and lambs. It will also mean lower average fleece weights in several states.” The impact of the season can be seen through a 10% increase in sheep and lamb turn-off last season compared to 2016/17 (sheep 28% increase year-on-year and lamb 5% increase).

Mr Pattinson said, “The Committee’s first forecast for the 2018/19 season made in April at 333 mkg assumed that normal seasonal conditions would prevail. That has obviously not been the case with conditions worsening in many wool producing regions across Australia”. As a result, wool production is expected to fall in all states except Tasmania with the largest reductions expected in NSW (down 8.9%) and South Australia (down 6.0%). How the season progresses over the next couple of months will be very important for overall production levels this season.

The Committee estimates that shorn wool production for 2017/18 was 341 million kilograms greasy, a 0.3% increase in production compared to 2016/17.
The dry seasonal conditions over much of the second half of the season resulted in lower than expected fleece weights in 2017/18. Wool production reductions were greatest in WA (down 8.5%) and Queensland (down 3.0%), while Victoria showed the largest increase (+ 8.9%) with increases also in SA (+2.7%) and Tasmania (+1.5%). 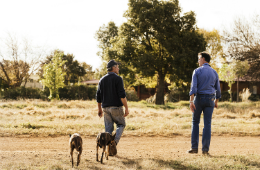 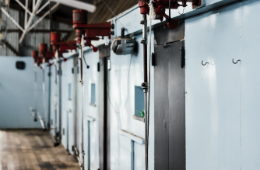 Shearing Sheds and Sheep Yards
The design of shearing sheds and sheep yards affect the efficiency of sheep work as well as the health and wellbeing of both people and sheep. Read more 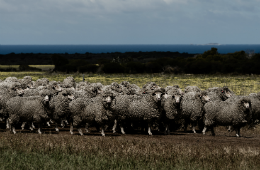