AWI has a long history with supporting artificial breeding technology with recent and current research projects.

Artificial breeding in the Merino industry commenced in the 1950s with the first semen frozen in the mid-1960s. Laparoscopic artificial insemination (AI) was developed in the 1970s and commercialised in 1982. Now around 175,000 Merino ewes are joined by AI annually and around 15,000 Merino lambs born to embryo transfer.

Continuing investment from AWI in The University of Sydney’s current research projects support Associate Professor Simon de Graaf and Dr Jessica Rickard to build on the pioneering work in oestrus synchronisation, frozen semen and laparoscopic insemination technology undertaken by The University of Sydney with the support of AWI’s predecessors.

The current research will deliver the next generation of assisted reproductive technologies for the sheep industry in a changing world where consumers are increasingly sensitive to laparoscopic AI and the use of PMSG (Pregnant Mare Serum Gonadatropin) to stimulate the ewe to cycle.

The results from an AWI-funded project undertaken by The University of Sydney have determined that ‘sexed semen’ technology is effective enough to enable woolgrowers to choose whether they want male or female lambs via artificial insemination (AI).

The ability to choose the production of either male or female lambs would provide a number of benefits for the wool industry. Sex preselection can streamline flock management, reduce costs associated with progeny testing, allow woolgrowers to focus selection on a ewe line, and can improve the rate of genetic gain under certain breeding strategies.

At present, these benefits are not being taken advantage of due to a lack of availability of commercialised semen sexing for sheep. However, AWI’s ‘sexed semen’ project aims to deliver a reproductive technology which is already very prevalent in the dairy cattle industry.

The project recently conducted an insemination trial in Victoria at Paul Walton’s Wurrook Merino Stud, with Livestock Breeding Services inseminating about 300 ewes to test the fertility of fresh sexed semen that had been ‘sorted’ to contain female X-chromosome-bearing sperm.

Importantly, a significant skew in sex-ratio was achieved at lambing with an indicative success of 93.4% female lambs born to the ewes inseminated with the ‘female X-chromosome-bearing sperm’.

For many years laparoscopic AI using frozen semen has produced highly variable results. The good results have been okay, but the bad results have often been very bad and producers have been walking away from the technology. Investigations to date have been unable to explain the large variation in conception rates between sites but have pointed to several likely causes and possible remedies.

By examining the effects of body condition scores, feed intakes and progesterone concentrations on synchrony of oestrus, the project also aims to develop improved management strategies for Al programs.

The AWI-funded research is being carried out through the South Australian Research and Development Institute (SARDI) by Dr Simon Walker, Dr Dave Kleemann and Dr Jen Kelly.

Once the research is complete, the outcomes will be reported through field days, seminars and updates to commercial companies. An extension package including a best practice manual will also be produced for veterinarians and sheep breeders to help adoption of the technical advances. 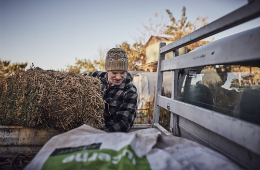 Ewe Nutrition
Ewe nutrition is crucial to successful lambing. Knowing what and when to feed ewes is fundamental to ewe and lamb health and survival. Read more 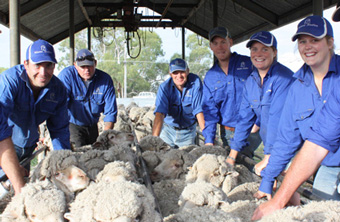