The Australian Wool Production Forecasting Committee (AWPFC) maintained its forecast of shorn wool production for the 2017/18 season at 340 million kilograms greasy, the same as its final estimate for production in 2016/17.

Committee Chairman, Russell Pattinson said that “after the excellent seasonal conditions experienced across Australia for some or all of 2016/17, conditions have become more mixed. Seasonal conditions in some regions including much of Victoria and the south-east of South Australia, are reported to be very good, but other areas, including parts of Western Australia, the Western Division of New South Wales and key wool growing regions in Queensland, have been dry. While fleece weights in Spring are likely to be good, there is likely to be a moderation in the average wool cuts per head in some areas as the season progresses. Overall, the season average wool cut per head is expected to slide by 1.2%. This contrasts with the 3.4% increase in average cut per head estimated for 2016/17.”

The Committee estimates that shorn wool production in 2016/17 was 340 mkg greasy, an increase of 4.7% on the 90-year low of 325 mkg recorded in 2015/16 and slightly higher than its fourth forecast in April. This is a little less than the 5.3% increase in the weight of wool tested by AWTA in 2016/17. This difference reflects the reported release of on-farm stocks during the season, notably of superfine wool, in response to the sustained rise in Merino wool prices in 2016/17. The Committee's estimate for 2016/17 also compares with the 3.1% increase in first hand wool offered at auction in 2016/17 reported by AWEX and the 6.2% increase in wool receivals reported by the Australian Bureau of Statistics for 2016/17.

The Committee noted that the AWTA test data showed a significant increase in the weight of wool tested between 20 and 24 microns, an increase in the weight of 19 micron wool tested and declines in the volumes of 18.5 micron and finer wool. This in the main reflects the excellent seasonal conditions. There was also a fall in the volume of 26 to 28 micron wool but an increase in 30.6 and broader wool. As a result of these changes, the mean fibre diameter for Australia in 2016/17 was steady at 21.0 microns, the same as in 2015/16.

Note: Totals may not add due to rounding 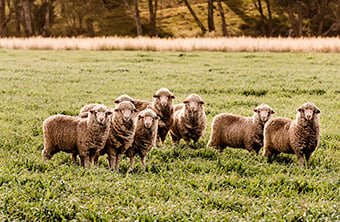 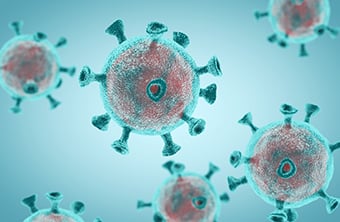