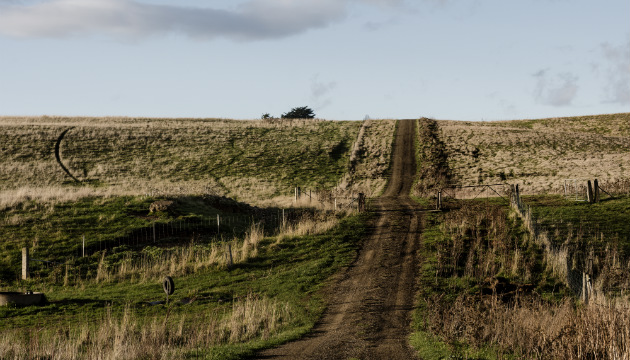 A new report shows that regenerative grazing practices can be very profitable and improve farmer wellbeing, at the same time as increasing the health of Australia’s grassy woodlands.

For some decades, regenerative land managers have claimed that their production practices have led to regeneration of the environment and biodiversity, and that this has enabled them to generate a strong and stable level of farm profit and increased wellbeing. Individual case studies have supported this.

However, a unique study released in March, titled Graziers with better profitability, biodiversity and wellbeing has now examined the differences in profitability between 15 commercial-scale regenerative wool and/or beef graziers (in regions of eastern Australia where box gum grassy woodlands are found) and conventionally farmed sheep, sheep-beef and mixed cropping- grazing businesses in their regions.

In summary, the study concluded that regenerative grazing can be at least as profitable, and at times more profitable, than other methods, whilst increasing the graziers’ wellbeing.

The study found that the regenerative graziers are often more profitable than comparable contributors to the ABARES Farm Survey, especially in dry years; that their average levels of farm profit were similar to the Holmes Sackett AgInsights average benchmarks, although less profitable than the top 20%; and the regenerative graziers experience significantly higher than average wellbeing when compared to other NSW farmers that have contributed to the University of Canberra regional wellbeing survey.

The average profit levels of the regenerative graziers were consistently higher (12 out of 14 years) than the average ABARES Farm Survey participants and showed less variability over the study period.

The average profits of regenerative graziers were consistently better in years where there was low rainfall. The study noted that 11 of the past 15 years had some degree of deficit in rainfall from long term averages and were classed as “unfavourable”.

When the regenerative graziers ranked their goals, the most important financial goal was to “achieve a satisfactory level of income”, as opposed to the goal of “maximizing income” that scored significantly lower. Interestingly, the regenerative graziers were able to achieve a level of profit comparable to industry benchmarks as a by-product of their approach to land management.

The regenerative graziers had significantly higher wellbeing than other comparative farmers.

They had significantly higher levels of general health compared to other farmers of similar age.

They had greater confidence in their ability to achieve farming goals, cope with difficult conditions on farm, and were more satisfied with their future security. 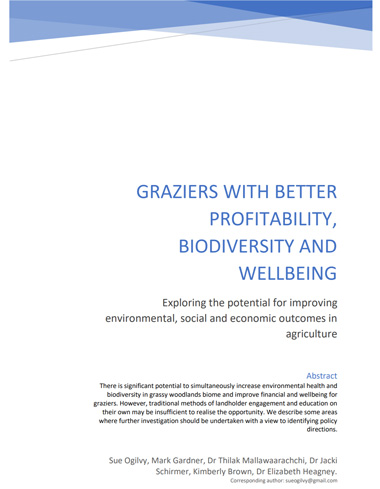 This survey, conducted by Vanguard Business Services, has found that regenerative graziers are often more profitable and have significantly higher than average wellbeing compared with other NSW farmers. These findings verify the claim that regenerative graziers are able to be profitable whilst maintaining and enhancing the biodiversity on their properties.