Ulvang’s ‘Rav 100%’ base-layer series uses 100% Merino wool and is one of its customers’ favourites.

Norwegian-based sports and outdoor brand Ulvang, whose business is wholly based on wool, is expanding into new geographical markets and sports sectors, with support from The Woolmark Company.

Ulvang takes its name from its high-profile founder, Vegard Ulvang, one of the most successful cross-country skiers of all time – he won three Olympic gold medals in 1992 as well as World Championship gold medals in 1991 and 1993.

But Vegard is also a big adventurer. He has climbed in the Himalayas and the Caucasus Mountains, reached the South Pole, crossed Greenland and the Northwest Passage on skis, and spent countless hours in the mountain ranges of Norway. He has also starred on travel and adventure TV shows.

As an athlete and adventurer, Vegard considers wool as only fibre that is good enough in competitions and for expedition.

One of the properties from which Ulvang sources its Merino wool is ‘Nanimia’ at Snake Valley in central Western Victoria, owned by Alan Pitcher and his son Russell. The Pitcher family typically runs about 5,000 sheep of 18-19 micron on their 800-hectare property.

In 1995, Vegard developed the first Ulvang product: a wool sock. Fast forward 25 years and the brand now produces a wide range of wool base-layers, mid-layers and accessories (socks, hats etc) and is very well established in the ski and outdoor sectors. Wool is totally engrained in the Ulvang business, so much so that its slogan is ‘We are wool!’.

Vegard is still part of the team at Ulvang and is involved in product development, testing and sales, as well as being its key ambassador.

“The brand’s aim has always been to facilitate great experiences for our customers in nature – and I am very proud to have contributed to the movement away from synthetic base-layers to wool products,” Vegard said.

“Wool from free range sheep is a wonderful way of making textiles. From an environmental perspective, wool comes out very well.” 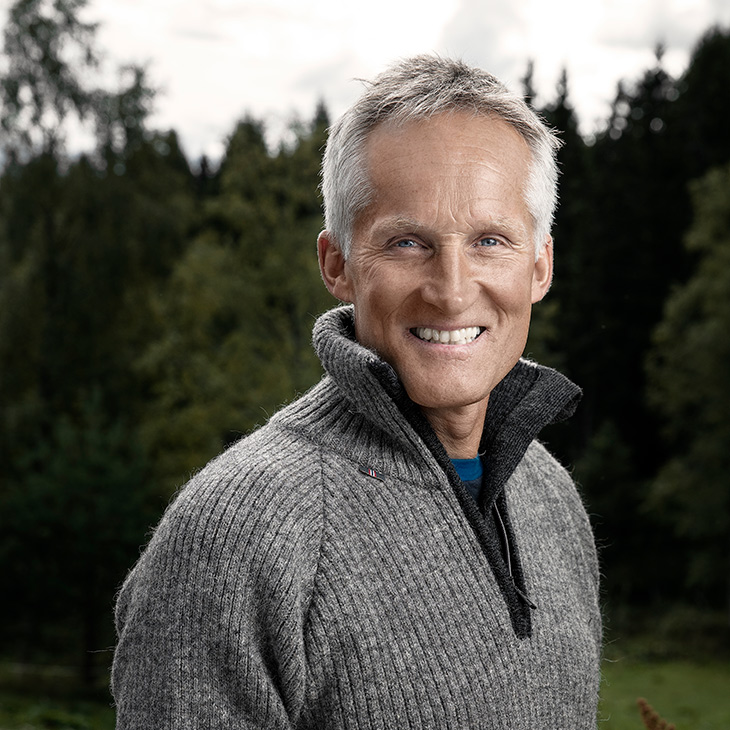 As well as the natural benefits of wool, environmental protection, social responsibility and animal welfare are also pillars in the brand’s philosophy.

“I believe it will be very important in the future for brands and consumers to know about the environment in which the sheep are raised, that the wool is produced to a proper standard. I believe the customer will be attracted to those that have got their values in order and are in control of their supply chain,” Vegard added.

Ulvang aims to increase its focus on high intensity sports such as cross-country skiing, and expand into warmer season sports such as running, highlighting the trans-seasonal properties and benefits of wool. All its products are Woolmark-certified.

Ulvang already has a large presence in North European countries and aims to expand further into other European markets and also take its first steps into China.

Its distribution model will be managed through wholesale, its own retail stores and online, depending on the region. However, as part of the BRAV group, Ulvang can utilise the international distributor platforms of its sister brand Swix, which is a global ski brand.