Protect your flock from bruce-o 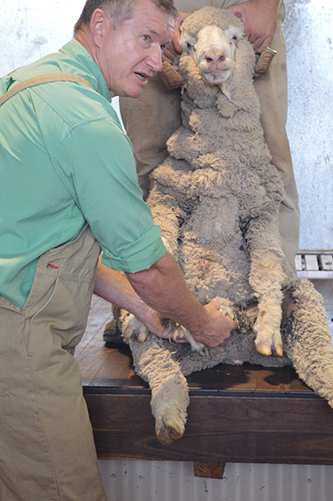 Ovine brucellosis, commonly referred to as ‘bruce-o’, is a bacterial disease that permanently infects the testes and epididymis of rams, rendering some infertile. There is no cure for brucellosis so prevention is critical – and there are steps you can take to dramatically reduce your risk.

Ovine brucellosis, a reproductive disease caused by the Brucella ovis bacteria, affects all breeds of sheep and is found in all states of Australia. The disease causes considerable economic loss in many flocks by reducing lambing percentages (through a combination of reduced ram fertility and abortion), extending lambing seasons and increasing ram culling.

The bacteria localise and multiply in the reproductive organs. Affected rams develop hard, abscess-like swellings in the epididymis (the tube from the testes that holds sperm whilst it’s maturing). These lesions are most noticeable because they are so much harder than the rest of the epididymis and also because the swellings are irregular in size, often making one epididymis feel quite different in shape from the other. (Normally, there is no significant difference in shape between a pair of epididymii.)

In some rams, the blockage is permanent and the tail of the epididymis continues to swell. In other rams the blockage may break down, the swelling reduces, and the testes feel normal, while the ram may still be infected.

The disease is transmitted at joining when a clean ram serves a ewe that has recently been served by an infected ram in the same cycle, or between rams in the ram paddock.

Clinical signs are not common in ewes as they are fairly resistant to the disease, but they can be carriers of the infection and discharge the organism in the placenta, vaginal discharge and the milk. Ewes usually only carry the infection for one or two oestrus cycles. Infection causes inflammation of placenta, early embryonic death (usually without outward signs) or uncommonly the foetus may be aborted. Infection in ewes is self-limiting, so ewes usually breed normally in subsequent years.

Annual palpation as part of the Four Ts check (teeth, toes, tackle, testes) will assist with identification of suspect rams, and subsequent testing will determine if rams have brucellosis for future joinings.

One tell-tale sign of brucellosis is lower conception rates and this should be treated as a signpost for ruling out brucellosis for future joinings. These rates may not be exhibited as a complete failure, as not all rams may be infected. When the number of affected rams in a flock is greater than about 10%, the fertility of the flock is appreciably decreased.

There are three methods of diagnosing ovine brucellosis:

When ovine brucellosis is suspected or detected in a flock, the grower should discuss the management options with their veterinarian. Eradication can be achieved by a combination of manual examination, blood testing, and removal of infected rams as soon as they are detected. There is no effective vaccine so culling infected rams is the only option for eradication of brucellosis from a flock.

During an eradication program, it is important to prevent contact between infected and uninfected rams. Separate infected rams immediately from other tested-negative and young rams and sell infected rams direct to slaughter.

Once eradication is achieved, precautions must be taken to prevent infected rams re-entering the flock, whether as strays or introductions, and monitoring through pre-joining ram checks is vital to maintaining a brucellosis-free flock.

Purchasing replacement rams from brucellosis-free accredited producers reduces the risk of brucellosis entering your property. Other biosecurity measures, such as good boundary fences, quarantining new introductions and requesting a National Sheep Health Declaration from the vendor, help to maintain a clean, healthy flock.

RAMping Up Repro is a hands-on workshop, held on-farm, to help ensure that growers get the most from their rams. Developed by AWI in partnership with Zoetis Australia, the RAMping Up Repro workshop aims to build producers’ confidence in managing their rams before and during joining, with full pre-joining ram checks undertaken by participants during the workshop.

More information: RAMping Up Repro is rolled out by AWI’s grower extension networks. Visit www.wool.com/networks to get in contact and find out when your closest workshop is being held or to register your interest.

This article appeared in the June 2022 edition of AWI’s Beyond the Bale magazine. Reproduction of the article is encouraged. 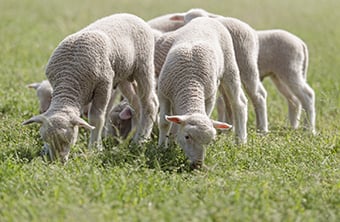 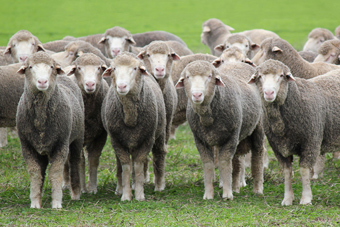