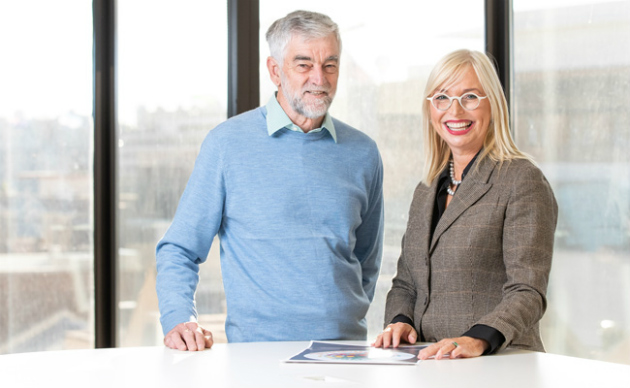 Respected agribusiness executive Mr Ron Cullen has been unanimously endorsed by the members of the ICC as the new independent chair of the WICP.

The chairman of AWI, Ms Colette Garnsey, said the organisation had been reviewing its consultation arrangements since last year with a view to improving two-way communication with its woolgrower stakeholders – as recommended by the AWI Review of Performance. The process involved holding workshops with woolgrower representative groups and taking feedback and submissions from the industry.

“Honest and transparent consultation is important not only to woolgrowers, but it is critical to AWI’s business, enabling us to identify woolgrower priorities, and report on our activities.

“We believe we have a way forward that strikes a balanced position, meeting the expectations of woolgrowers, our levy-payers, woolgrower representative groups, government and AWI’s business needs.”

Ms Garnsey said the expanded WCG would ensure AWI received feedback from a wider range of regional and organisational perspectives, while the WICP was a core group that AWI could engage more regularly on specific issues.

She said AWI was delighted to have secured the services of Mr Cullen as the inaugural chair of the WICP.

“Having somebody of Mr Cullen’s calibre – with his strong chairing skills, extensive experience and knowlegde of industry and good understanding of AWI’s corporate governance framework – will ensure the WICP is a genuine consultative forum that will give woolgrowers a real say in the future of our industry,” Ms Garnsey said.

In accepting the position of chair of the WICP, Mr Cullen said it was privilege to be appointed as the inaugural chair of the new committee.

“Having been actively engaged in agriculture throughout my career I believe I can make a positive and productive contribution as chair of the WICP and I look forward to the challenge,” Mr Cullen said.

“The unanimous support of the ICC gives me the confidence to get on with facilitating effective consultation with Australian woolgrowers."

It is anticipated that the WICP will meet three times per annum and the WCG annually.

The members of the WICP are listed below. The expanded WCG are expected to be finalised at the first meeting of the WICP.

The members of the WICP are:

Ron Cullen is an experienced and respected agribusiness executive, having been actively engaged in the agriculture industry his entire working life. In his former roles as chief executive and non-executive director of the Sheepmeat Council of Australia he played an active role in the development of an export-oriented sheepmeat industry worth more than $3.5 billion a year. He is a former senior manager in the Commonwealth Department of Agriculture, a former chair of the National Farmers Federation Biosecurity Taskforce and a former member of the NSW Farmers Executive Council. He is the current chair of the National Sheep Genetics Advisory Committee and chair of Animal Health Australia’s Sheep Health Program Steering Committee. In 2018 he was nominated by the National Farmers Federation to the AWI Review of Performance Project Administration Committee.

AWI is a not-for-profit company that invests in research and development (R&D), and marketing to increase the long-term profitability of Australian woolgrowers.

AWI is funded primarily through a wool levy paid by woolgrowers and a matching contribution from the Federal Government for eligible R&D activities that are capped at 0.5% of the value of gross national value of wool production.