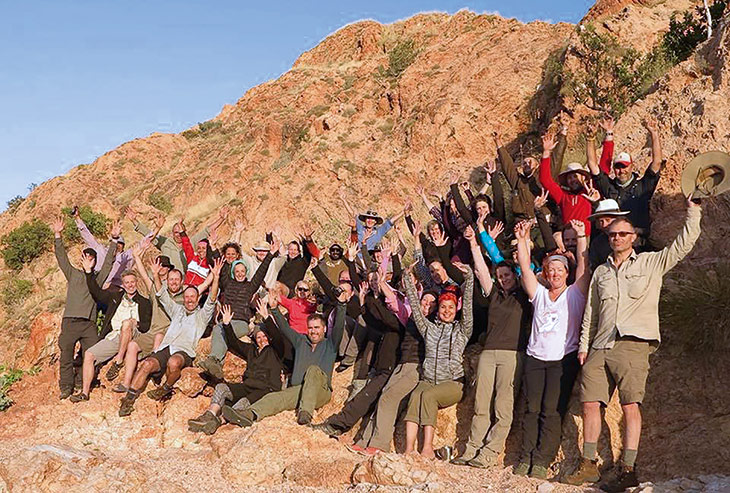 David Young with other ARLP participants starting the program in the Kimberley in August 2018. 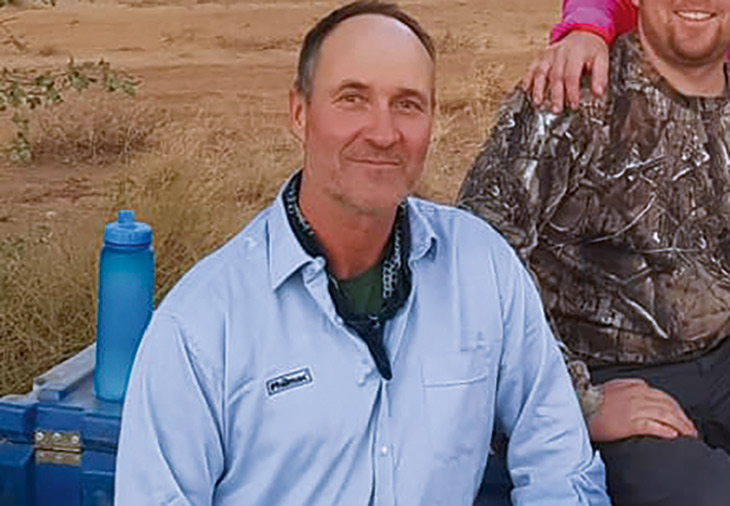 David Young of Bookham in NSW is the latest woolgrower to graduate from the Australian Rural Leadership Program thanks to support from AWI. He will use his knowledge and experience to advance the interests of rural industries and communities, and the sheep and wool industry in particular.

The Australian Rural Leadership Program (ARLP) is rural Australia’s iconic leadership development program that aims to produce a network of informed, capable and ethical leaders who are able to work collaboratively to advance the interests of regional Australia.

David Young, who last year graduated the ARLP, runs and manages a 1,200-hectare aggregation focusing on fine wool, prime lamb and beef production, with his wife Jan on her family’s property near Bookham in the Southern Tablelands of NSW.

David’s contributions as a leader include sitting on the national Committee for Animal Health and Welfare for Sheep Producers Australia, being Deputy Chair of the NSW Sheepmeat Committee, and captaining his local fire brigade.

The ARLP course consists of about 50 days face-to-face, delivered in multiple sessions over 15 months. Five of these sessions take place in locations across Australia, including the Kimberley, a state capital city and a regional area, and involvement in Canberra’s political scene. One session takes place overseas with an eye-opening visit to one of Australia’s closest neighbours, Indonesia.

A great attribute of the program is to bring together participants from a diverse range of backgrounds, industries and communities, who have all shown an ability to lead.

“I’ve always been very results-driven, and used to working with smaller teams, where it’s been somewhat easier to get your message across,” David said. “Within the ARLP, it certainly throws people together who are totally unlike you. The way different people perceive you can come as a bit of a shock. You certainly become more self-aware.

“Straight away this helped me to get a greater understanding of how to find that common goal, which is what you often have to do in your industry. It really taught me to sit back and reflect.”

David says the initial ARLP session in the Kimberley and the session in Indonesia stand out when he reflects on the program.

“I’m an outdoors kind of person, but the Kimberley does push your limits, as does travelling to a different country. Indonesia is a country with people from so many different backgrounds. It puts into perspective the challenges we face bringing along industries and interest groups back in Australia,” David said.

“Especially in my role with the animal health committees, you’re dealing with sensitive issues like mulesing and pain relief. One thing the program has given me is that added confidence to interact with diverse perspectives and to gently but politely challenge certain views to find a more conciliatory approach.”

ENCOURAGING THE NEXT GENERATION

In the world of wool, David says the next generation of leaders will play a key role in taking the industry forward.

“Wool is an environmentally sustainable fibre with huge potential, globally, but there’s still a large debate and process of education to be had. We need more leaders that have the knowledge to take the conversation forward, and I see a real interest from some of the younger ones in ag,” David said.

“While there are a myriad of issues affecting rural Australia that would benefit from stronger leadership, of particular concern is a lack of proper succession planning and a general ageing of farmers in the sector.”
- David Young, Woolgrower and ARLP graduate

“I want to do a lot more for my industry, whilst encouraging interest from the next generation, and creating opportunities for them.”

David says the ARLP does provide leaders with a “huge leg-up” to achieve their goals for rural Australia.

“I’m terrifically appreciative of the opportunity I’ve been presented with by the AWI.”

Kirsty Wall from Bukkulla near Inverell in NSW is the current AWI-sponsored participant on the ARLP. Kirsty is a registered nurse and midwife, is co-principal of a Merino stud on her family’s farm and is a strong advocate for ‘all things wool’.

The AWI-sponsored participant prior to David Young was Stacey Lugsdin from Hay, who graduated in October 2018. Stacey was recently appointed as an independent director to the board of WoolProducers Australia.