Wild dog looking for prey after the bushfires in February. Photo taken and supplied by Brendan Maunder - www.BrendanMaunder.com

Victoria had an unprecedented bushfire season last summer, with many areas badly affected with the loss of livestock, shedding and fencing. Several landholders in Gippsland lost houses and all their assets.

It is estimated that about 1,300 kilometres of boundary fencing between private and public land was impacted by the fires across East Gippsland and North East Victoria. This could have a significant impact on wild dog control throughout these regions.

Wild dogs might be drawn onto farming properties from fire-affected public or private land due to the proximity of livestock and wildlife seeking unburnt pasture, shelter or water.

The Victorian Government provides funding to landholders in bushfire-affected communities for the repair of damaged or destroyed fences between private land and National Parks, State Parks and State forests.

The funding gives farmers the option to not just replace their boundary fences with a standard fence but to upgrade them, making them more fire-resistant and better able to exclude pests such as wild dogs. Fencing upgrade options include fire-resistant materials, such as steel or concrete components, and pest control designs, such as insulated wires for electric fencing with a strong focus on the use of high power energisers to provide a deterrent to wild dogs.

The fencing standards were set through consultation between Wild Dog Program staff (including AWI-funded wild dog coordinators) and fencing industry representatives. The Government funding will pay half the cost of materials, up to $4,000 per kilometre for standard fencing and $5,000 per kilometre for exclusion fencing.

A requirement for funding is that an assessment of the property and the fence damage must be completed before works are undertaken or any payments can be made. Given that fire-affected woolgrowers are often overwhelmed with other tasks involved with their farm rebuild, the AWI-funded wild dog coordinators stepped in to help and were heavily involved in assessing the fencing damage on the public/private land boundary.

Brian Dowley and Mick Freemen were the AWI-funded wild dog coordinators involved in bushfire recovery in the Gippsland region.

“We were involved early on due to our knowledge of fencing and involvement with the fencing industry. It was a natural fit for us as we already knew a lot of the landholders and going and meeting with landholders one on one is our bread and butter,” Mick said.

“We visited impacted properties, completed our assessment of the fire damage and got the applications for support payments into the system on the day, which the landholders appreciated. The vast majority of landholders in wool-producing impacted areas are now accessing funds to replace boundary fencing with exclusion fences. This will result in a significant increase in electric fencing across our wild dog impacted areas.

“A fully functioning electric exclusion fence is the first and best defence against wild dogs. Such fencing can be very effective when used as part of a coordinated effort by landholders along with other control methods such as baiting, trapping, shooting and guardian animals.”

The wild dog coordinators also provided landholders with information on government bushfire rebuild grants being made available through Rural Finance and the funds available to farmers through BlazeAid. They also ensured the landholders were aware of other support services and provided details for emotional and mental health support. 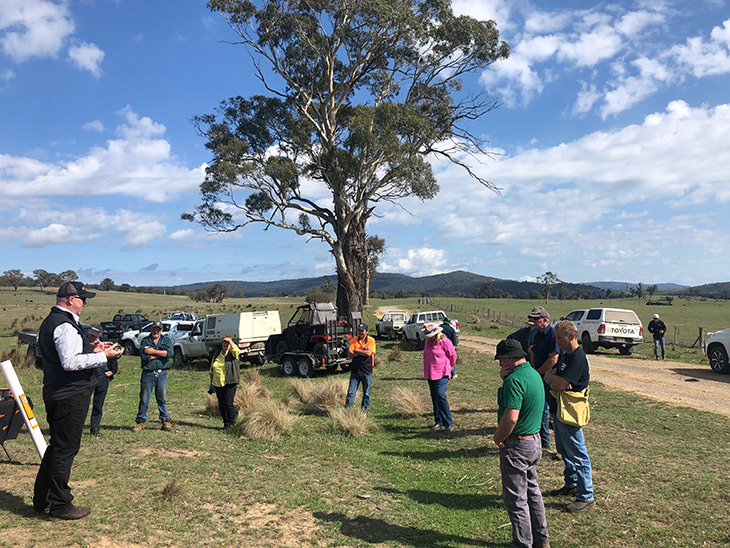 “Through extensive and severe bushfires, and now Covid-19, the coordinators have continued to provide valuable support and leadership in their communities in the control of wild dogs,” said AWI Program Manager for Vertebrate Pests, Ian Evans.

As an immediate response to the devastating summer bushfires, AWI announced in February that it was allocating an additional $45,000 in Victoria to assist with the rollout of autumn wild dog management programs to protect remaining livestock. After the bushfires destroyed her fencing, Anne-Marie Henderson from Gelantipy in Gippsland has upgraded to this to steel fencing which not only should be better able to withstand any future fire but also has four hot wires to keep wild dogs out.

Anne-Marie and Bill Henderson of ‘Pindari’ at Gelantipy in Gippsland were heavily impacted by last summer’s bushfires and are now rebuilding and upgrading their fencing to help keep out wild dogs.

Their 360-hectare property, on which they run cattle and sheep, backs onto the Snowy River National Park and it was from this direction that the bushfires bore down on the property at the very end of last year.

“We had been on guard for bushfires since November, but they arrived fanned by strong winds on New Year’s Eve and we spent the next three days fighting the fires and protecting our property. We were running on adrenaline the whole time and were too scared to go to sleep,” Anne-Marie said.

“There were just the two of us on the property battling the fires. I used water from the home water tank to defend the house and nearby hayshed. Meanwhile Bill was away saving another hayshed, but he had to keep traveling through thick smoke to get water from a bore and could take only 200 litres at a time. It was an amazing effort.

“While we managed to save two haysheds, the fires really smashed us. It destroyed another of our haysheds, about three quarters of our grass, and virtually all our fencing. The old pine fence posts were literally reduced to ashes. With some advance planning, we managed to save our sheep.”

AWI-funded wild dog coordinator Mick Freemen visited their property to assess the damage to the fencing, which has enabled the Hendersons to access government funding to replace and upgrade their fencing that borders the National Park.

“Mick was a great help. It didn’t take him long to assess the damage because the damage was so complete. The old fencing wasn’t really designed to keep out wild dogs, but we’ve now upgraded to steel fencing, with steel posts and steel strainers, which should be better able to withstand any future fire – and it has got four hot wires so should be able to keep wild dogs out.

“We’ve so far done about 4-5 kms of new fencing and it is fantastic. Combined with trapping, shooting and baiting in coordination with our neighbours, the new fencing will really help our efforts to help control the wild dog problem. We have previously had to reduce our sheep numbers from 600 to 450 due to wild dogs and keep the sheep closer to the house.

“But if we can get the wild dogs under control, and if we get some rain (it’s still very dry here and we are still feeding our stock with donated hay), we are hopeful that we could increase our sheep numbers.” 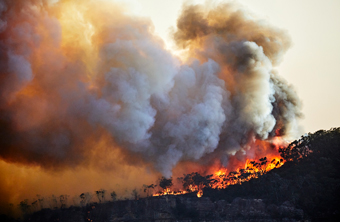 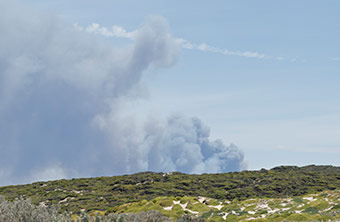 Kangaroo Island bounces back
A proud wool-producing region, South Australia’s Kangaroo Island is continuing to recover after a summer that will not be forgotten in living memory. Read more