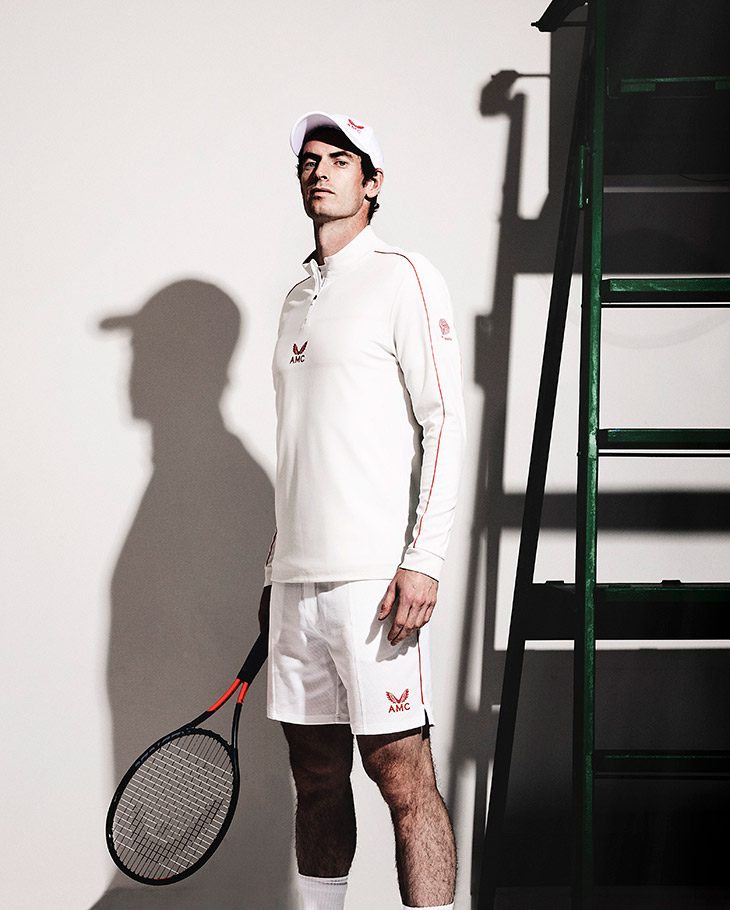 Andy Murray competed at Wimbledon this year in a Merino wool blend kit, developed in collaboration with British sportswear brand Castore and The Woolmark Company, which is available for tennis fans across the world to purchase.

It was “Advantage Murray” at Wimbledon this year, due to the tennis icon wearing high-performance tennis apparel containing Merino wool to enhance athletic performance.

“I’ve been testing the kit for a few months now and am really happy with how it feels and performs,” said Andy just prior to the tournament.

“I work closely with the designers on every piece and give regular feedback; for me, the technical performance is vital. It’s also very important the kit is sustainable and I like the fact it looks and feels a bit different.”

Andy wore the Merino wool garments during his training for Wimbledon and for all his matches during the 2021 tournament. The collection was launched globally to coincide with the tournament, which started on 28 June.

“The launch of this innovative kit elevates Merino wool to an entirely new level of performance on a global stage and demonstrates that Merino wool garments are both stylish and suited for use in an elite sporting environment and in the most intense conditions,” said AWI CEO Stuart McCullough.

“It is a reflection of the increased awareness of Merino wool’s benefits at this elite level that Castore and Andy Murray approached The Woolmark Company for support in developing the collection. This partnership presented a great opportunity to develop a high-performance tennis product and also for marketing Merino wool’s technical and environmental benefits.

“Our involvement in the project has not only resulted in buoyant consumer purchasing of this particular wool-rich collection, but it has also increased the public’s awareness of Merino wool’s applications and benefits in high-performance sportswear, which should further increase demand for the fibre in future.” 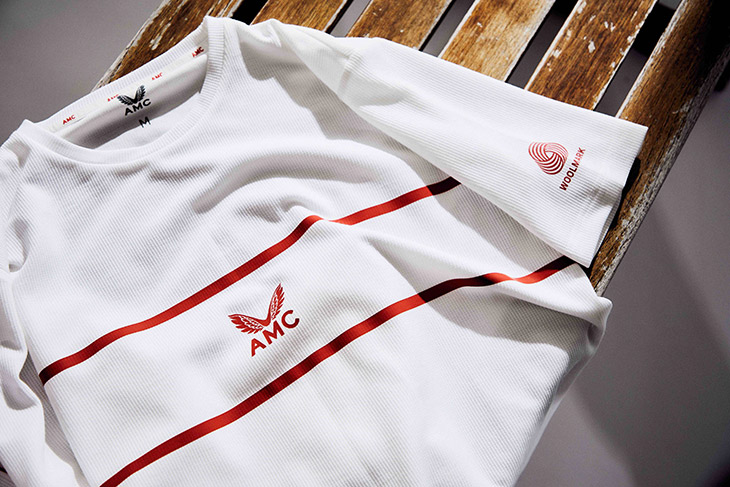 The AMC X Woolmark Merino Performance collection has been certified by The Woolmark Company to ensure its durability, performance and quality. Pictured is the T-shirt from the collection.

This is the first time in the modern tennis era that such a major player as Andy Murray has worn wool at the Wimbledon Championships.

While wool was once common in sporting attire in the early days of tennis, the emergence of synthetic fibres saw a decline in the use of wool and other natural fibres. However, the development of new manufacturing techniques combined with the emergence of superfine Merino wool, primarily from Australia, provides next to skin comfort and unparalleled natural performance.

“Wool is really starting to make a comeback in performance sportwear. Although leading manufacturers and brands in this sector are already promoting the natural benefits of Merino wool as a performance fibre, we believe there is still further significant potential for the fibre in this sector, such as for tennis,” Stuart said.

Merino wool is the world’s original performance fibre. No other fibre can match all of its natural benefits with exceptional breathability, thermoregulation and supreme softness next to the skin, helping tennis players keep cool and comfortable on court. The fibre’s excellent natural elasticity is ideal for stretching and the natural odour resistance abilities ensures players stay feeling fresher for longer.

Aside from its supreme performance attributes, wool is a 100% natural, biodegradable and renewable fibre, making it the perfect choice for those seeking clothing that has a minimal impact on the environment.

During the development of the collection, Castore and The Woolmark Company, and Andy Murray himself, tested the fabrics for high performance attributes, such as breathability and moisture management, to ensure a comfortable and high performing kit for the athlete.

The fabrics have been tested according to strict Woolmark quality specifications and have been produced through a Woolmark licensed supply chain. The products also comply with Castore’s high-performance product criteria.

As well as being showcased to a global audience during Andy’s on-court matches and interviews at Wimbledon, the collection was featured on the home pages of the Castore and Woolmark.com websites, their social media channels, and the social media channels of Andy Murray and other Castore ambassadors such as England cricketer Jos Buttler, British Olympic swimming champion Adam Peaty, and England and Manchester United footballing legend Gary Neville.

An editorial campaign resulted in coverage in many UK newspapers – from the Daily Telegraph to The Sun – as well as consumer magazines such as GQ and textile industry trade titles. In total, the earned print, web and social coverage reached a quarter of a billion people.

Print and digital advertising that featured the collection was placed on billboards located around the Wimbledon area of London, targeting tennis fans travelling to the tournament.

AMC is a premium tennis clothing brand, created by Andy Murray and Castore. Castore was founded in 2015 and has set out ambitious plans to take on global sportswear giants. The company operates a digital, direct-to-consumer business model that has allowed it to grow extremely rapidly since launch and avoid the challenges facing many traditional brick and mortar brands. It now sells into more than 90 countries globally.

This article appeared in the September 2021 edition of AWI’s Beyond the Bale magazine. Reproduction of the article is encouraged, however prior permission must be obtained from the Editor.