A fibre of success: The Woolmark Company celebrates five decades of Australian wool trade to China 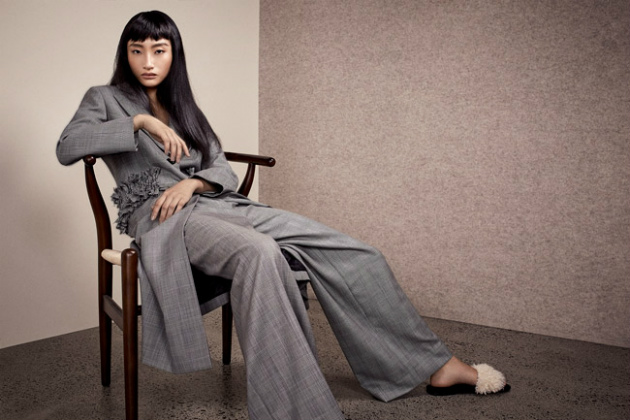 Australian Merino wool is the perfect fibre for the modern Chinese consumer.

Today, Australia exports 271 million kilograms of the natural, renewable and biodegradable fibre to China, a sharp rise from pre-1980 when this figure stood at less than 10 million kilograms. Once predominately a manufacturing hub, China in recent years has also fast become a large consumer of luxury apparel.

The Chinese textile and apparel market is worth a staggering $2.76 billion as part of China’s transformation into a global powerhouse following its decision to open up to the international economy. With 1.4 billion people driving a new consumer culture and an economy growing at more than 7% per year, today it seems the only constant in China is change, but what endures is the country’s vast appetite and passion for Australian Merino wool and its deeply committed relationship with Australian woolgrowers. 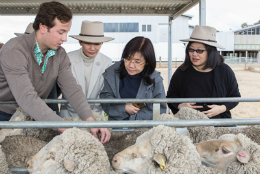 In a series of special initiatives throughout the year, The Woolmark Company is marking more than half a century of a cross-cultural partnership between Australia and China - spanning the wool trade through to design creativity.&nbsp;A delegation of Chinese media, industry and influencers visited Australia in May, to not only experience the origin of this fine fibre but also celebrate the special bond between the two countries. Through hosting delegations like these to Australia, The Woolmark Company and Australian Wool Innovation aim to expose emerging consumer markets to Australian wool and broaden consumer choice in innovative wool garments. In addition, a commemorative book sharing personal stories from industry stalwarts and those shaping its future has been produced.

To read the personal stories of key identities who contributed to the establishment of Australia’s wool trade to China and the major players in the Chinese textile and manufacturing industry, click here.

Please contact AWI for high resolution images from the book.

"China continues to remain the single most important buyer of Australian wool, with close to 80% of our fibre exported there," explains Australian Wool Innovation’s CEO Stuart McCullough.

"I first started travelling to China as a wool trader in the late-1980s and was convinced from an early stage that the Australian wool industry was going to significantly benefit from the processing capacity of China. What evolved across the next 30 years exceeded any expectation I had in those early days and China has become not only a processing powerhouse but a consumption giant - the likes of which we will never see again.

"The domestic consumption of our fibre is now being driven by the emergence of great affluence in China, which will continue to grow. Not only have we the perfect processing partner on our doorstep but we also have the perfect consumption partner."

With increased affluence and a tendency towards leading healthier lifestyles, discerning Chinese consumers are now favouring natural, long-lasting garments, more so than following the latest trends perpetuated by fast fashion. As a premium and luxurious natural fibre, Australian Merino wool is therefore one of the most coveted fibres in high fashion in China.

Until recently, China’s fashion consumption market was dominated by the big luxury brands and their logos, but as a more sophisticated and nuanced Chinese consumer has emerged so too have home-grown Chinese designer brands, many of which The Woolmark Company has been working with such as Particle Fever, ICICLE and COMME MOI.